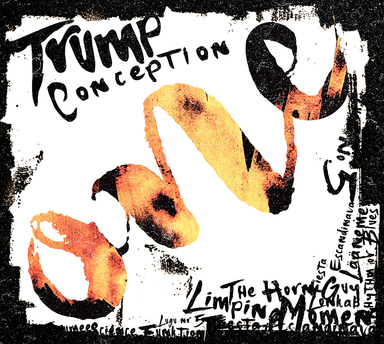 Trump Conception is a ten-member groove orchestra playing at the borderlands of jazz, funk, jazzrock and world music, performing the compositions by Janno Trump. He assembled the band in spring 2015 and exactly one year later their debut album “ONE” was released. The album immediately achieved recognition by music journalists and was also selected as “the album of the month” by Raadio Tallinn. In addition to official record release concerts they also presented the album at festivals Jazzkaar and Sõru Jazz.

“It doesn’t occur frequently that Estonian musicians step on the domains of black musicians and swear loyalty to the groove. Trump Conception, headed by the bassist Janno Trump, has done it and the outcome is an unprecedently orchestrated RnB and excellent groove.” (H. Hanson, ERR; 10/10)